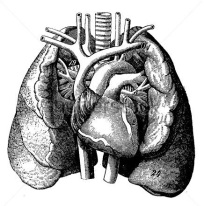 This isn’t a regular blog post – it’s been a while since I’ve even published on here in any form – it’s more of a journal for progress.

I’ve been interested for a while in expanding the capacity of my human frame by tapping into our evolutionary legacy. Nothing caught my imagination more lately than a talk given by James Nestor regarding free-diving – the art and science of diving to extreme depths on a single breath of air. This concept set my mind on fire, generally because it addressed the reactivation of the mammalian dive reflex, which is a series of physiological changes that occur when mammals (namely us) immerse ourselves in water.

I didn’t want to chuck myself headlong into this venture without some research, so I bought and read Nestor’s book and I’m about 1/4 way through. He speaks to an experienced freediver who walks him through the basic breathing exercises. A day or two ago, I began practicing these procedures myself. This will be a small journal of my progress, at least in static breath-holding for now.

Before I started, I took the biggest breath I could, and held it for as long as I could manage. My shoulders started to quickly ache, and my throat burned for some reason. I felt a rapid deflation of my posture, and the first glimmers of panic. I checked the stopwatch on my phone. I had managed 55 seconds.

I commenced the breathing exercises. I sat, legs crossed on the floor and began breathing, deep inhalations. Noting the advice I found in the book, I began by drawing breath into various areas of my lungs. There are three main ‘compartments’ to the lungs, and air can be taken into the stomach, the sternum and the parts just below our shoulder blades. The book claims that on the whole, breath is really only ever drawn in to the upper areas. This is similar to the advice that CBT therapists have given me regarding self-care techniques, that is, to prevent the onset of hyperventilation caused by over-enthusiastic breathing exercises, ensure that you breathe into the stomach area.

Just as the book described, these breathing exercises left me feeling nauseous. I tried drawing air into the various sections with long inhalations, around 20 seconds. At this point, I can only draw in air for a period of 15 seconds, for some reason I can’t slow down much more than that.

I tried holding again. Sitting, back straight, finger poised over the stopwatch button, I took a deep breath into my stomach, then my sternum, feeling my chest rise, and then a high top-off into the upper area, and gulped my mouth closed. I closed my eyes, pressed the button.

At first, I noticed the burning had gone away. There was a brief stabbing pain in my right side. The effort of holding my chest out was difficult at first, but then it eased. There’s a period of quiet. I started to feel the pulse in my wrist. Gradually, my chest deflated, very slowly. I can feel my ears begin to bung up, as if the pressure had changed. I could feel some nausea, some grogginess. I swallowed and it eased it. It was peaceful before, but now I can feel the pressure.

I held on for as long as I could, and I had no concept of time. I felt a ringing in my ears and my chest begin to cave in a little, deflating. I felt my body shake a little, felt a kind of desperation, a fear.

Finally I opened my eyes, gasping, sucking in breath. I looked straight at the clock. 1 minute 45 seconds.

To conclude this entry, I tried twice more, and managed 1 minute 52 seconds both times.

This is really exciting. In two total hours of training, I have doubled my holding capacity.